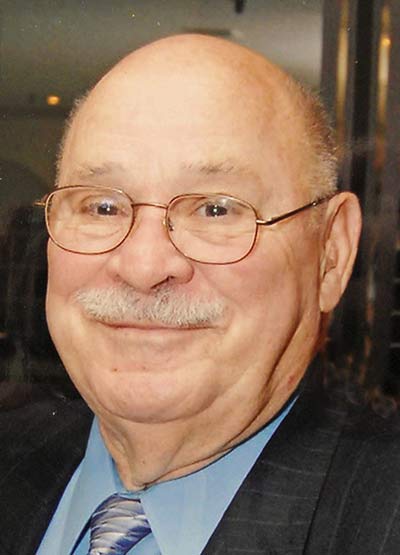 Richard (Dick) Manfre passed away in the early morning of Friday, October 27, 2017, at his home in Hollister at the age of 90. Dick was surrounded by his loving family in the days prior to his death. The family doted on him as his sisters, nieces and nephews visited to share in the laughter and storytelling of each ones unique relationship with him. This is a man who knew without question, he was truly loved.

Dick was born in Medford, Mass. on November 10, 1926 to Irene and Hugo Manfre. He shared his birth with his identical twin, Robert (Bob). He enjoyed being the eldest by seven minutes. As WWII was underway, Dick enlisted in the Navy, leaving Medford High School in his senior year, 1944. His military service ended in the Philippines aboard LST 749 when it was attacked and sunk. After recuperating from extensive injuries, Dick returned home to Medford where he married Barbara Quinlan. Together, they had three children, Loretta, Richard and Charlene. Dick was a proud veteran and graduate of his beloved Boston College.

In 1949, the family of four relocated to Watsonville where Charlene was born. Family life and a career in the banking industry took them to San Jose. Ultimately, Dick began a career as a self-employed Real Estate Appraiser. Appraising became his life’s work. It was through this career that he was able to make and sustain life long friendships within the industry. At the age of 85, Dick made the decision to hang up his tape measure and retire.

Dick was blessed with his life partner Teresa, whom he met through his association with the British American Club. Married on November 10, 1975, on Maui, they enjoyed 42 years of marriage, traveling, dancing, laughing and living life to the fullest.